Skip to content
I was wanting to do this post at the 6 month mark but here we are at 10 months in the blink of an eye.
It’s always fun to see other photographers post their story and progress.
So here is mine………………

I didn’t grow up with a camera in my hands destined to be a photographer.  Well, I guess I always had one but it wasn’t a passion or anything like that.  As a young mom I always wished I had a better camera to capture my kids.  I never made the purchase though.

I turned 30 this summer.  My baby was 3.  I was bored.  I began looking for a new hobby and the camera I always wished I had came up again.  I started talking to Matt about it and he understood my need for a new challenge so he was the one actually pushed the buy button on this expensive toy. 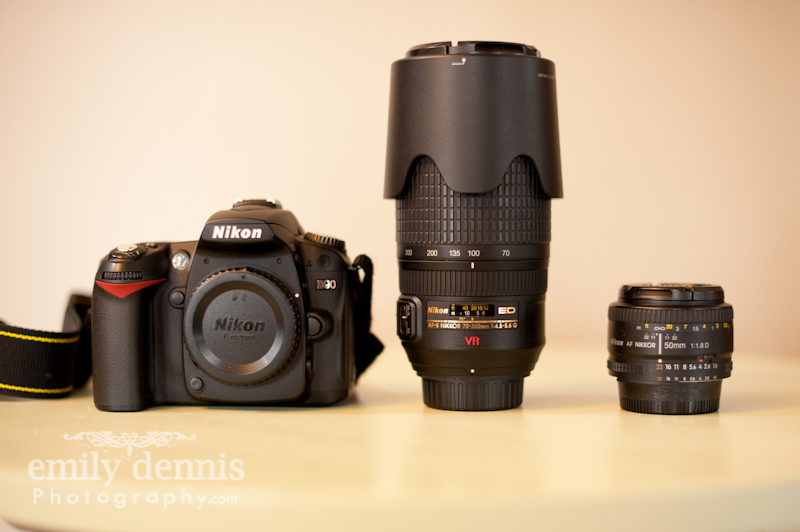 I opted for the body only and 2 additional lenses instead of the kit lens.  I already knew how I wanted to shoot and knew I wanted a lens with a large apeture to get those beautiful fuzzed out backgrounds and the 50mm (1.8) was mentioned several times during my search for the right lens.  The larger lens is a 70-300 4.5 and because it was such a deal to buy it with the body I couldn’t resist.  I had no idea if I would use this lens much.

I read the 2 inch manual the first day.  I had already been playing around in semi-manual mode on my point and shoot so when this camera came I put it in manual mode because I figured it was learn how to shoot that way now or never.  I knew if I got too used to shooting in auto I may never take the time to learn manual mode.  It was a challenge to be sure! 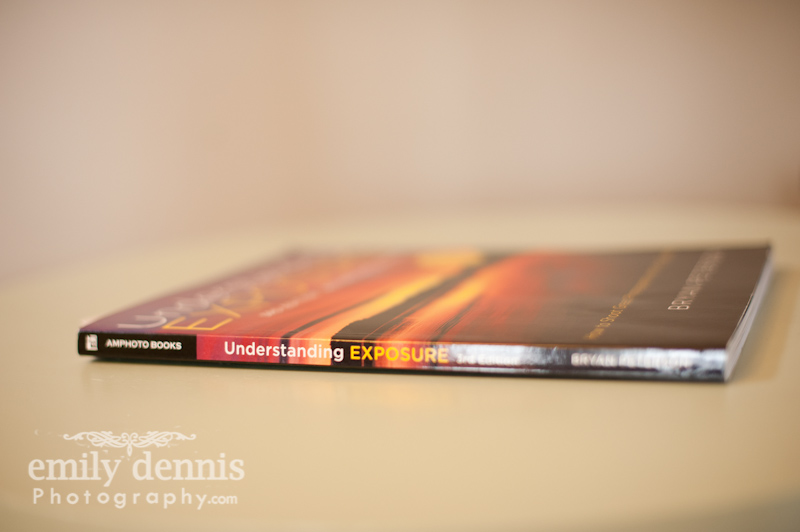 I read and read and then read some more.  Most of the information I found was online.  When I got stuck I googled any and everything.  The book Understanding Exposure by Bryan Peterson kept popping up in my online learning so I bought it.

This book taught me how to shoot manual.

I learned how ISO, apeture and the shutter speed all worked together.  This book is more aimed at landscape photography but covers all the basics of exposure.

Of course when I started using this camera I thought it was amazing!  I was so impressed by the pictures it was taking.  Here are a few of my firsts with dates.

I bundled up this cold March day and went out to see what my new toy was capable of.  Of course I had no idea what I was doing but it was fun trying.  (I ended up over editing every single one of them)

I found a sleeping baby to capture 😉

And of course my own kids had to endure countless pictures.  I think they zoned out after a bit.

The first shoot I did with Kirsten.  I knew nothing about light at this point.  Later I realized I kind of got lucky by placing her where I did.  This room has the most beautiful light in the entire house and has lots of white surfaces that bounce that light around.

Ventured outside to get some shots of the kids.  I envisioned these pictures to be much better than they actually turned out.

As I was learning how to shoot with an SLR I began teaching my self Photoshop also.  I had played around in Photoshop (PSE2..lol) for many many years but never actually figured it out.  So I started googling.  And reading.  And experimenting.  I felt like I was in school all over again.  I absolutely LOVED having a new hobby to figure out.  It was very fulfilling for me and I sucked up as much knowledge about photography as I could.  Slowly but steadily Photoshop began making sense.

Found some more poor victims children to catch with my camera.

At this point I still had no idea how to properly expose a picture.  I was shooting in manual mode but didn’t know what a light meter was or how to read it.  It was basically trial and error with my settings and going off the LCD screen.

Discovered the beautiful light in my front porch!

You can see my beginning editing skills were a little lacking.

I started paying more attention to light and figuring out ways to light up the eyes.

The more I shot people the more I loved it.  My new hobby was starting to become a little more than that in my mind.