I thought it might be fun to do this every Friday.  Hopefully it will encourage me to take more snapshots throughout the week.  We will see how long I can keep it up…

Cale is explaining to Matt why he is the only one in the class picture making a face.  Somehow that doesn’t surprise me.  He, on the other hand was surprised to learn that every kid took that picture home to show their parents and now they will all see his silly face too.  I had to explain that to him when he thought he could just throw it away and it would go away. 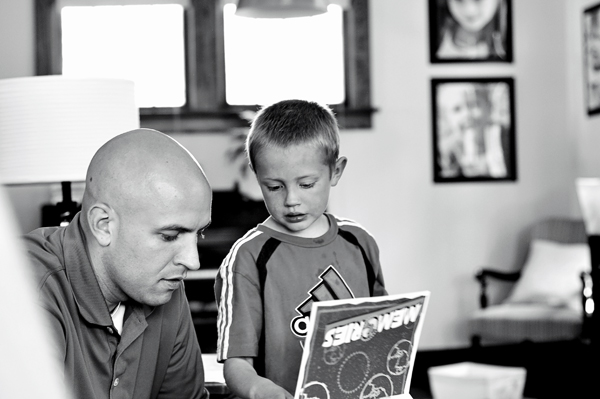 Caught these two playing together nicely in the porch the other day.  I love Brady’s little head sticking out watching and waiting for his big brother.  When Brady saw this picture just now he said “I didn’t want that to be a car wash” so I’m not quite sure what the story line is here.  When they are playing nicely I don’t interrupt for fear it will end. 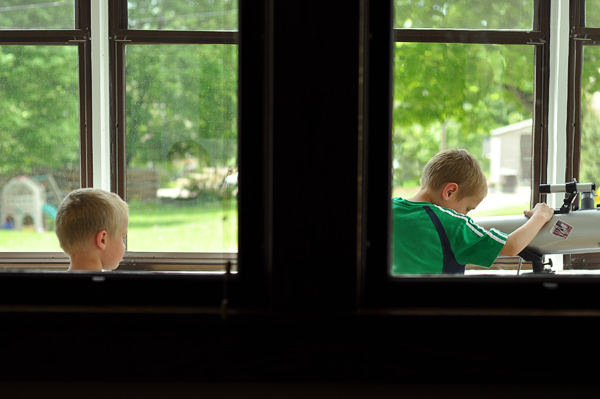 Brady colored some birthday pictures for Opa and Jeff and then carried them around all day in envelopes. 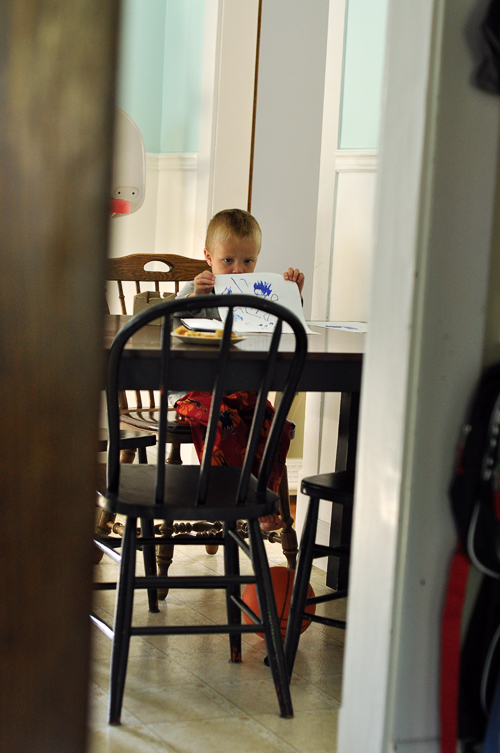 Apparently they were pretty important.  Turns out he lost them now though.  (And umm.. yeah, pajamas in the middle of the day and outside…  not a rare occurrence.)  Here he is holding his envelopes. 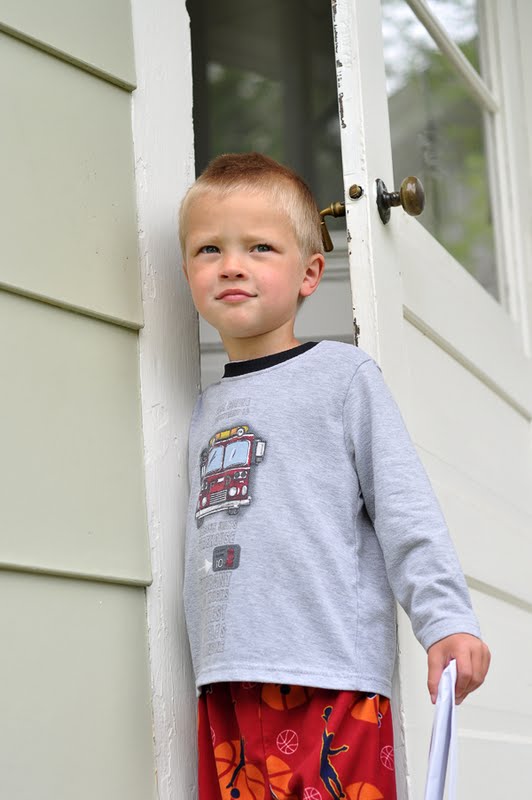 Still lots of snuggles with my baby.  I think we both forget he’s almost 4.  I remember every time he tries to climb around on my lap.  He’s getting a bit heavy for that. 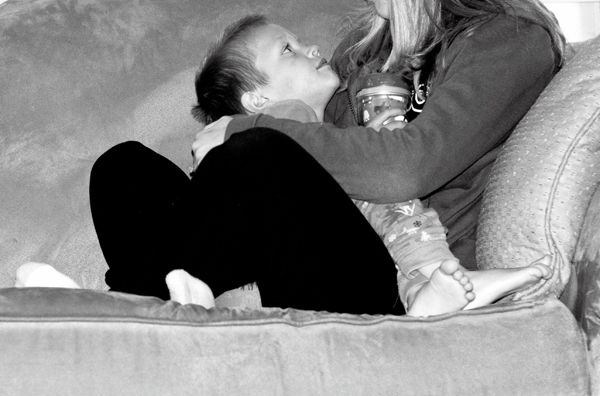