While I love to try to always get a beautiful shot I’m trying to remember to get the snapshots too.  These are the pictures we will look back on years from now and love.  Little glimpses of our everyday lives.

Long after the tears stopped these two stayed on his cheeks.  Couldn’t resist snapping them especially because he had no idea they were there. 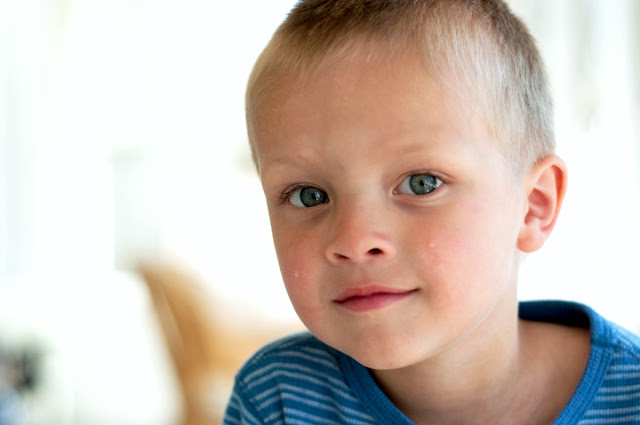 He decided he really wanted to help unload the dishwasher.  His enthusiasm for it lasted for two whole loads and then it became a chore. 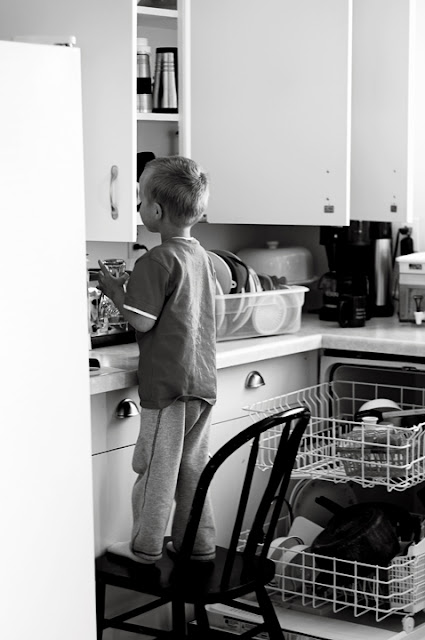 Love catching him during his animated play times.  He always has some storyline going on and talks constantly while he plays.  I love to listen in. 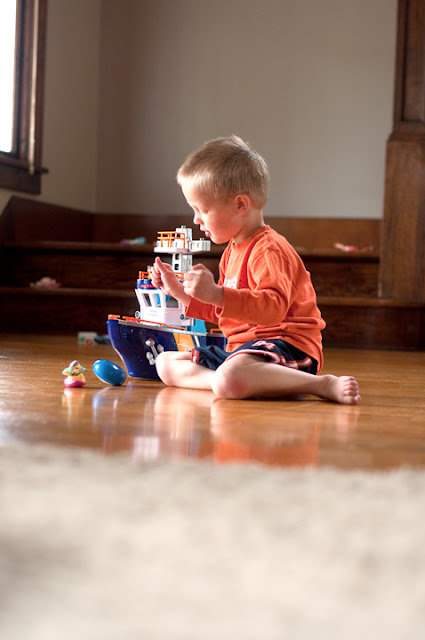 Cale is still constantly building and playing legos.  He actually created his own lego game.  I think it was called Fire Ninja.  You pick a uno card and move your guy that many spaces.  The first one to the end wins.  He even pulled only the red uno cards because it was a fire game.  This entertained us for a couple of days.  Sometimes I’m still surprised by his creativity. 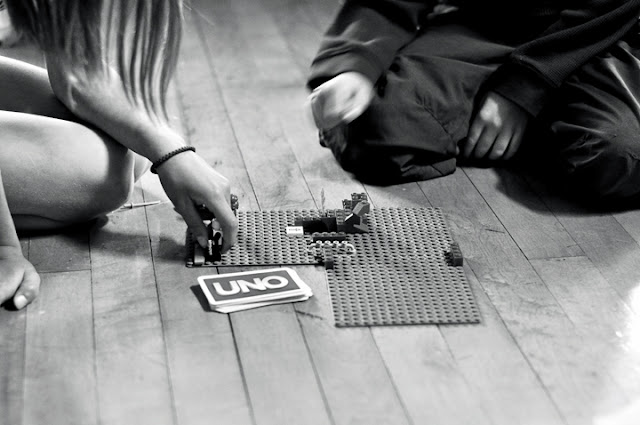 A little windy for some bubble shots. 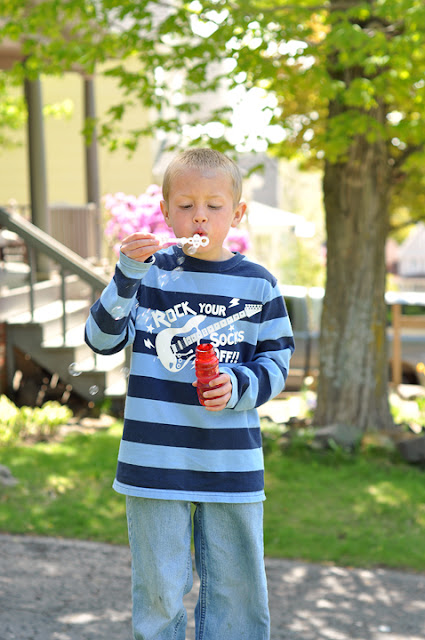 Brady playing with his “buddies”.  I love when old random toys that have been around for awhile become new favorites.  Somehow or another these tiny little plastic cars became “buddies” and they don’t leave his site all day.  He has even started naming them names like Mimi, Chicken, Tutie, Kissee, Coca, Skicka, Cocoka, etc.  The names usually change every time you ask because he can’t remember what he named them.  Except Chicken and Mimi and Kissee.  Those have stayed constant. 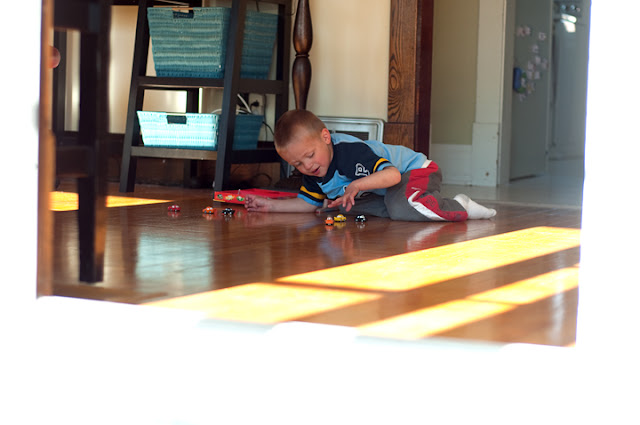 A quiet moment in the playroom.  We have lots of quiet moments in the mornings when the other two are at school. 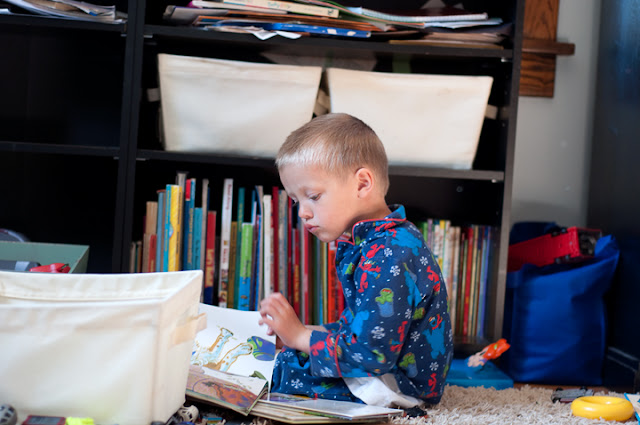 He was playing Polly’s for a while.  They were usually swimming or something exciting like that. 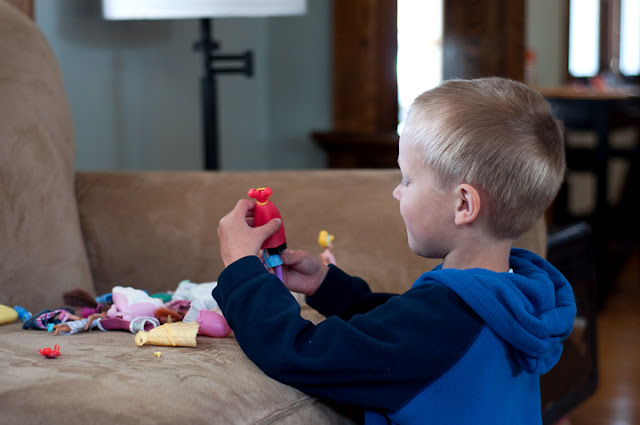 Enjoying some beautiful weather and sunshine in the yard. 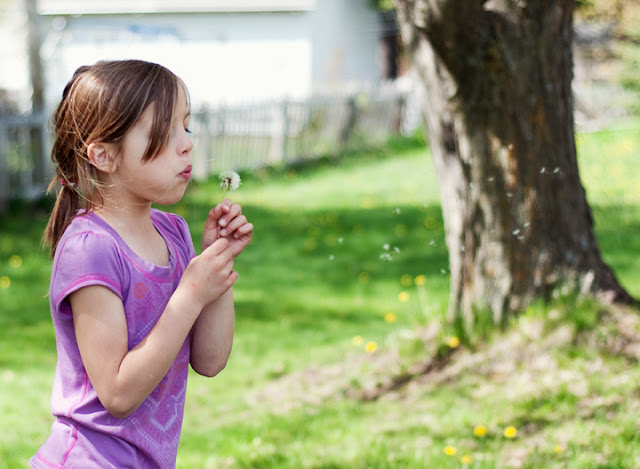 He’s been a baseball player for about a week straight.  He wears his helmet and jersey constantly.  I just love it!  We had to dig his dirty baseball pants out of the laundry today so he could wear them again.  Guess I’ll have to throw them through the wash some night after he goes to bed. 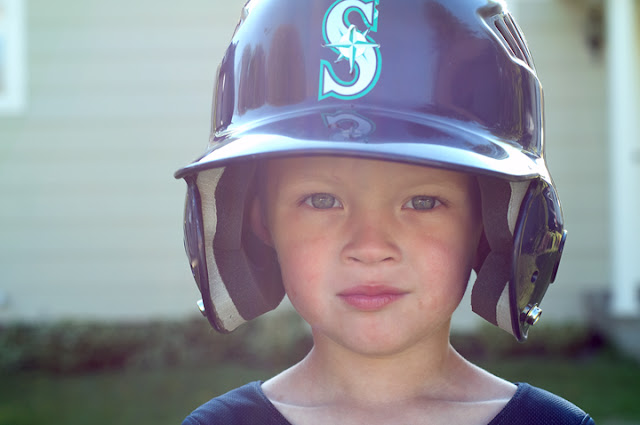 A rare moment when they are actually playing together and getting along.  Lately they don’t seem to be able to be in the same room without fighting or teasing or yelling at each other.  I’m hoping the fighting phase passes quickly and we get more working together moments like these. 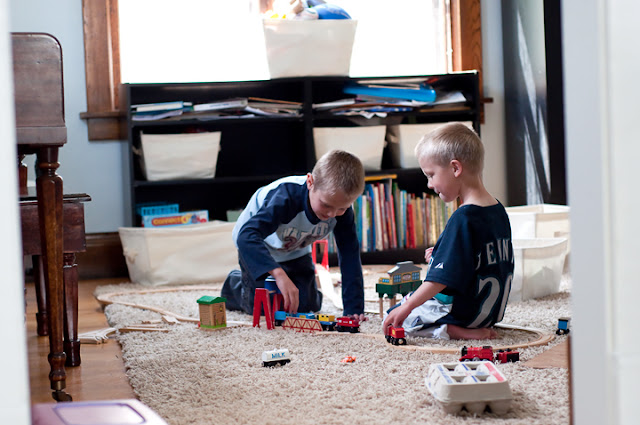